Scriptwriting is difficult, and the cherry on top is when someone reads your work and rips it to shreds.

Of course they don’t mean to rip it to shreds. Their aim is to make the script better so it can actually work as a film. But that doesn’t soften the blow all that much.

Read more: How to write scripts that are likely to get MADE

I read a lot of scripts each week. Sometimes I’m reviewing them for my VIP clients. Other times they’ve been found by my development team or they’ve been written in-house. Sometimes script are submitted to us out of the blue. Regardless, there are always 2 glaring mistakes I see in newbie scripts.

And surprise surprise, if I spot either of these 2 mistakes in a script (even a first draft) then I tend to turn it down.

It’s true that I’m a sucker for a good three act structure. It’s easy to construct, layers well with other types of structures and is satisfying for all audiences.

But I often see writers skipping over the structural work and diving straight into writing.

All of which create a forgettable film that leaves its audience wanting more (and sometimes even wondering what the point of the film was).

Read more: The simple script structure that takes your story from idea to award-winning film

So before you put pen to paper, or hand to keyboard, outline your film’s structure.

Blake Snyder has a great beat sheet, which I’ve reworked for short films. The workbook is currently at a discounted price too. 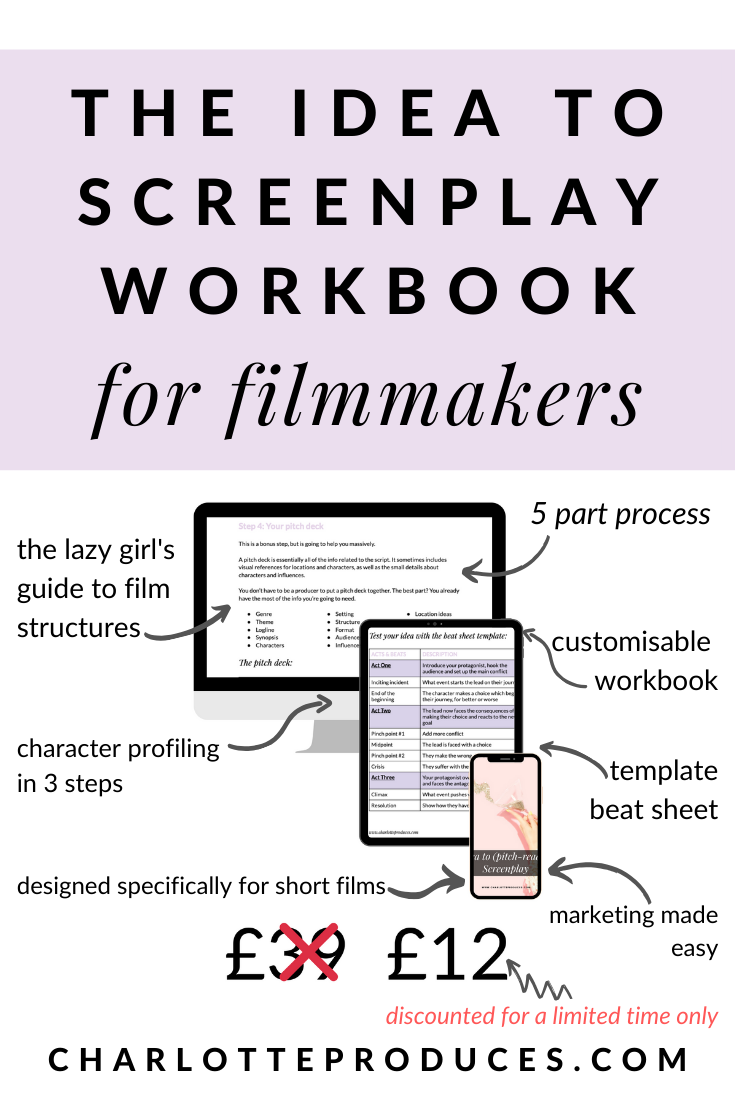 Once you’ve outlined, you can get to writing. After every rewrite, go back to your structure and compare your new draft to your original outline. Have you stuck to it? Is it missing anything?

There should be a clear message for the audience to take away from the film at the end, something that leaves a lasting impact.

This is especially important if you’re submitting your short to festivals. It’ll probably be programmed with a selection of other shorts, so yours needs to be remembered by the audience. The best way to do that is by giving them a takeaway that will stick in their minds.

Your characters need to change by the end of the film too. So don’t forget to compare them from last page to first page. How are they different? How have the events in the film affected them?

Putting these changes into place is pretty quick and easy, but will make a major difference to your script and its chances.

Mistake #2 – Not knowing who the script is for

Developing an idea and writing a script is the very first step in the process, so considering the end goal of who’s going to watch the film seems difficult and counter-intuitive. But you have to do it.

We all know what it’s like to be a teenager, watching a film marketed to teenagers, that’s clearly been written by someone who hasn’t been a teenager for a long time. It’s frustrating, and usually stops you from watching the film. So consider who you are writing this script for.

Read more: What Producers Are Looking For When They Read A Script

If this is a short film, but you’ve given it a huge cast with expensive locations then you’ve pushed the budget up to £25,000+ in just a few pages. If that’s your aim, fantastic, but you can’t write a script like that and then expect it to be made within the year.

Keep your expectations in line with the script. Want it to be made within the next 12 months? Then keep the costs down.

You don’t have to be a producer to know that a big cast and niche locations cost much more than a small cast with a few, readily available locations.

I also see plenty of scripts that *seriously* overdirect the actors. It’s okay to include some details about reactions or movements, but if you’re not allowing any room for the actors to explore, then you need to cut it.

Remember that a script is not a book. It doesn’t require a huge amount of description. In fact, the less description you include, the better.

Think of your script as a framework, instead of the finished package. Leave the producer, director and cast some room to grow, explore and breathe.

This is a skill that’s developed over time, which is why it’s a big giveaway about the experience of the writer.

You don’t need to be a seasoned pro, but producers and directors appreciate some level of experience simply because of the skills it gives you.

So if you have any scripts currently sitting on your laptop, go back to them with these 2 common mistakes in mind.

Want to pick my brain some more about scripts? Dm me or schedule a free 30 minute call.