I met Lois recently at the NRFF. Like most connections made at festivals, it was completely random. We happened to be in the same room at the same time and got chatting.

She recently made ‘She is Juiced’, her first feature-length project, which Brighton Rocks Interntional Film Festival described as “an intellectual and aesthetic work the crosses, and pushes, boundaries”. 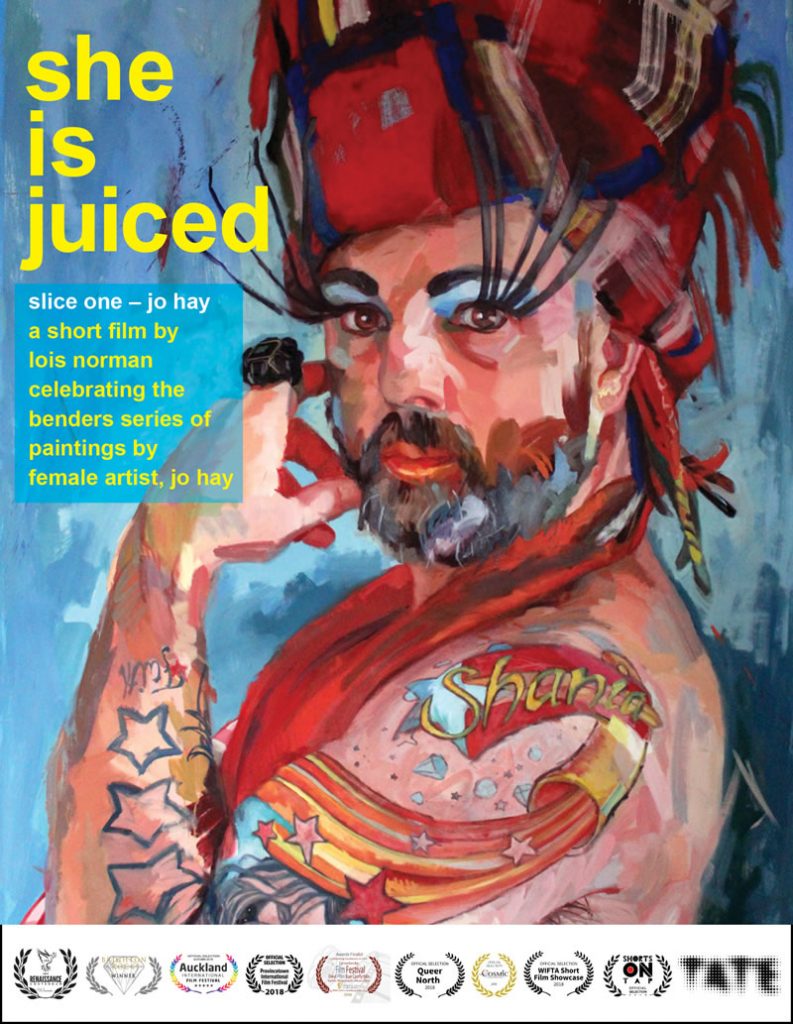 We sat down to have a chat about her work.

Charlotte: Your bio says you’re a creative artist, is that because you do a bit of everything?

Lois: I think working in the Arts, you always have to be adaptable and it’s a good question, but actually it’s the opposite: I wanted to be specific in what I’m not! I wanted to define the difference between being a Fine artist or Performance artist or Live artist etc and whilst ‘creative’ and ’artist’ might imply the same thing I then added Creative Artist: Female Word and Image: I create works through a Female (as in THE Female) lens.

C: So how did you get to the term of ‘creative documentary’?

L: I wanted to take away the feeling (that I had anyway) that documentaries were a bit like sprouts: hard to digest but good for you and invite a feeling of the creative – both in the content and the form of the film. I use interview with tastes of experimental film as a choice of style and 4 powerful Female Artists as the subject matter.

C: ‘She is Juiced’ is an amazing creative achievement. How did you come up with that idea, and nurture it until it became that award-winning finished product?

L: Thank you. It was hard, but I think we all are fuelled by whatever our need is at any given time (whether in the Arts or not) and I had come to a point where I wanted to see the power of ‘The Female’ that creative force, being recognised as positive and strong. Each of the Women in the film cover themes that I felt were important to share, recognise and celebrate: that Masculine and Feminine in all of us is a positive thing-we don’t have to conform, that Women of all races are still seen through (and can see themselves through) the Male Gaze and we can create our own lens, the strength it takes to conquer your life fears and articulate them and seeing Queer Communities on canvas and visible as a ‘Norm’…and much more….
Awards are another thing and the content: Female, Arts and Feminist are not really Mainstream film festival content! I just spent a long time hit and missing and hit lucky… 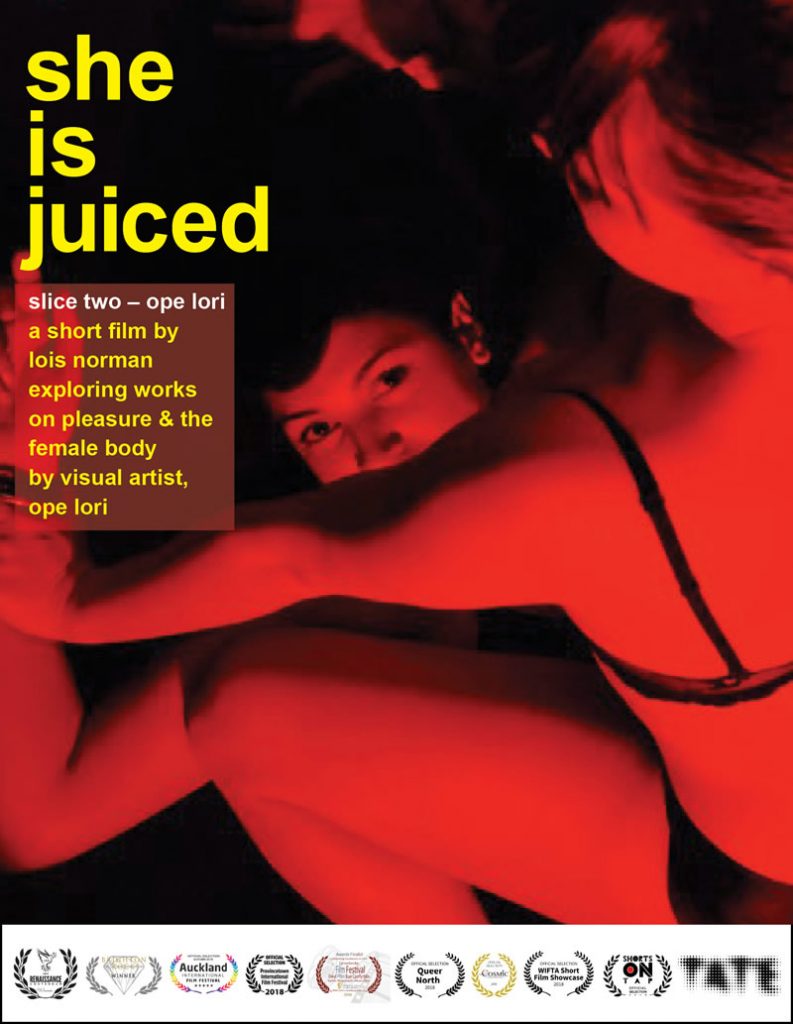 C: We both trained and worked in theatre. What was it that made you come over to filmmaking?

L: My hopes and dreams were with Theatre for over 30 years, so leaving was not an easy choice. I couldn’t ‘find my tribe’ I think they say – so I decided to make my own and change mediums. I wanted to get more intimate in a world of theatre that seemed to be becoming more disconnected and as an introvert, whose strengths are in storytelling and the human condition, film fitted.

C: I’m really intrigued by the fact that you filmed She is Juiced by yourself. What was it like doing that?

L: I never meant to make the film solo! I’m a concept and direction person not a tech person…as is often the way in the arts – the money didn’t come through and I had to be on a plane to film the first Artist in USA very fast. I’d never used a film camera of any kind and I did a quick two day course in Canon C300 and shot the first segment alone. I then decided I’d started so I’ll finish and shot over 40 interviews doing all the lighting, sound etc.. I am a deep believer in the depth of effort brings the height of reward and whilst I struggle sometimes with the ‘imperfection’ of some shots as I think all film makers do, it was an epic achievement for a first feature film I think! 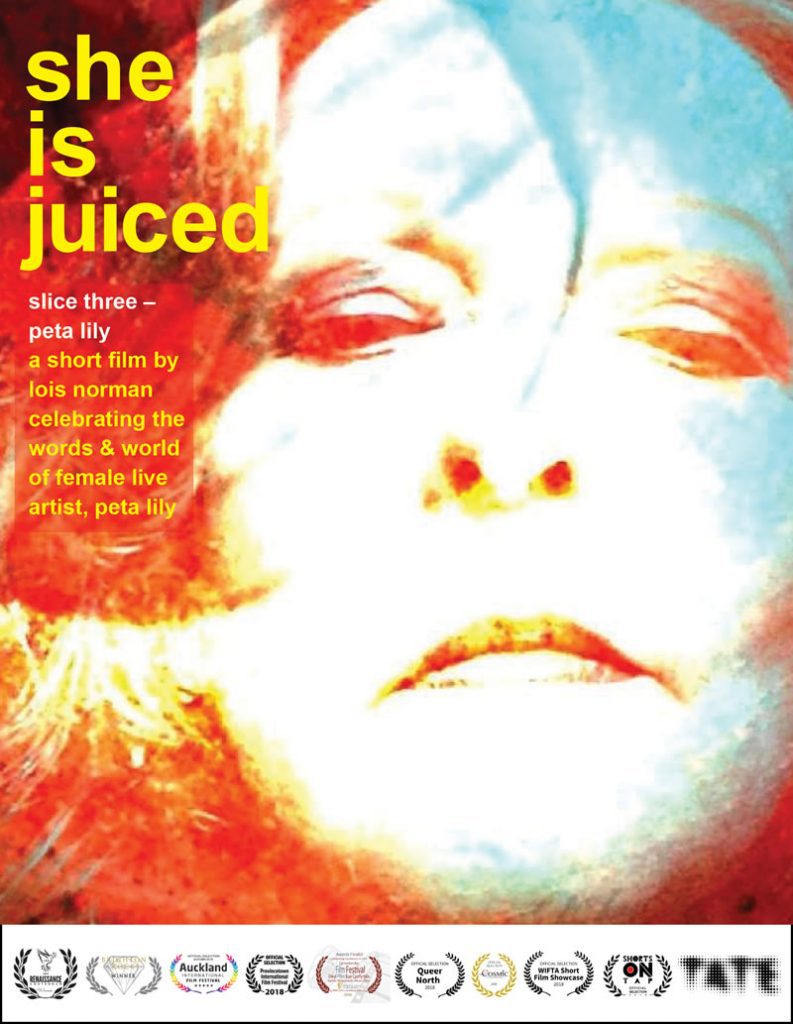 C: When you make something, do you ever start with a goal in mind? Or do you just want to make something you feel passionate about?

L: Two things happen I think: the first is there’s always something gestating and things slowly link together and then its clearer and the second is I consciously feel strongly about something and want to express it…sometimes they end up merging and actually being the same film concept or part of the film!

C: Having done ‘She is Juiced’, do you want to do something similar for your next project, or something completely different?

L: The power of the Arts is always something I’m passionate about to share, as I think it takes away the stigma of the ‘elitism’ and shares thoughts around it being simply a way to express ourselves and necessary feelings and needs we all share as part of the human condition. I also have other very different ideas for film which I hope I can make happen very soon! 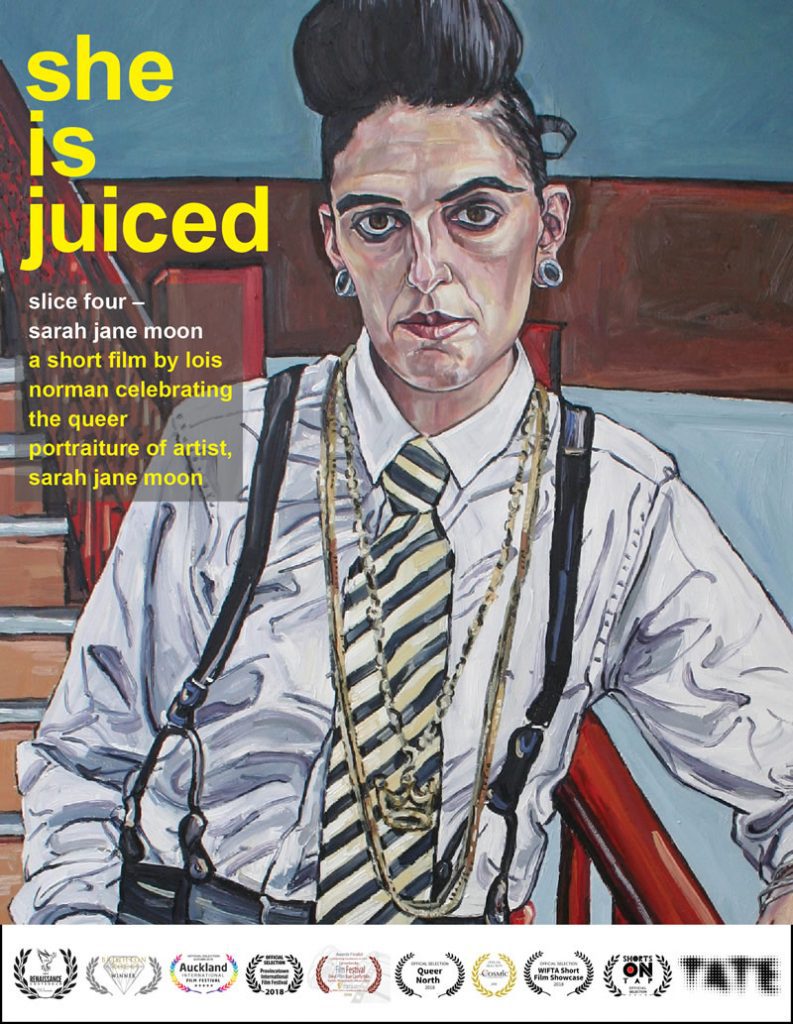 You can find more about Lois’ work on her website. Thanks again to Lois for talking to me, as well as being my Female Filmmaker of the month!

Or just stick with the never-ending freelance jobs